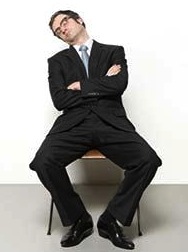 For those of you that don’t know what a Polyphasic Sleep Cycle is its quite simple.  You sleep for only 2 hours a day.  Those 2 hours are divided up into six 20 minute naps spread every 4 hours.

Just think what you could do with 22 hours a day? You would get so much done.  I could study for 4 hours and play video games for 4 hours and still have 12 hours of time to fill.

I did polyphasic sleep 2 years ago for a week and it was really cool.  The reason I stopped was that I got lazy and missed naps which caused me to crash.  Polyphasic sleep requires much discipline.  If your in the middle of something at 2 in the afternoon and you have to stop it and go to sleep this isn’t always easy.

There are also other constraints like work which can be awkward finding a place to nap while on the job.

STILL I maintain that a polyphasic sleep schedule is completely worth the minor pitfalls.  I was all gung-ho on Friday to try it out but didn’t make it past the second nap and just fell asleep.  At that point I put Polyphasic Sleep on the back burner and decided to adopt the Everyman Sleep schedule.

So your still only sleeping for 4 hours a day which leaves you 20 hours a day to do whatever.

The reason Polyphasic and Everyman work is because after you adapt to it your body goes into REM sleep almost immediately.  This is the state where you dream and is essential for a healthy lifestyle.  During a normal 8 hour sleep most people get you will go into REM sleep every 90mins.  That means you are getting about 6 REM sessions a night.  With Polyphasic sleep you are getting the same 6 bursts of REM sleep but in quicker more efficient 20 min naps.

I won’t go into it here as there are plenty of other blogs that cover this subject.

The reason I am adopting the Everyman Sleeping Cycle is because I want to get more things done.  I have a long list of things I want to do:

…you get the idea.  I have a lot of things I want to get done and this seems like the best way to do it.

I will be posting updates in the very near future documenting my progress with the Everyman Sleep Schedule.