How to Build the Habit of Finishing What You Start 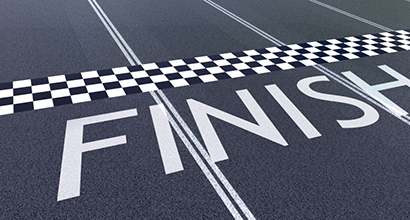 It is April 1st 2015, the last time I posted on this blog was October of last year.  Recently I made a commitment to post to this blog every single week.  Be it a guest post or one of my own.  This week I am going to post a guest post from Scott Young’s blog.

This is the post has given me the resolve I needed to commit to completing projects instead of stopping things half way.

You can find the original post HERE, however I have cut and paste it below as usual.

What do you do when you start a personal project, but you start to lose interest? Should you quit or keep going, even though it’s no longer fun?

What if the project is to improve your health or career? What if your goals change and the project no longer feels relevant? Should you quit or push on, just for the sake of finishing?

Last night I had a chance to talk to someone who was working on a learning project. He had started the project as a side venture to improve his programming skills on the job. But his responsibilities at work have changed, and he no longer feels the project is as relevant as when he set it up. What should he do?

I have a rather nuanced answer to this question, but first I’ll tell you what I advised this person. I told him to finish the project.

The project was only going to last another month or two of part-time work. While abandoning the project might save a little time in the short-run, it also wears down the habit of finishing what you start.

Finishing is hard for a lot of people. Particularly if there are no external penalties. I’ve seen tons of people start learning languages, only to drop off after a month of effort. I’ve had people enthusiastically tell me they were going to do the MIT Challenge for themselves, but didn’t even finish the first class.

I think a lot of people believe finishing is a gift some people have. There are just some people who can dedicate themselves to projects, and there are other people who flit from interest to interest, never really accomplishing anything.  If you’re the second type of person, there’s nothing much you can do about it.

I don’t believe this because I used to be one of those people who struggled to complete things I started, and through conscious effort I made myself into a finisher.

When I was younger, I used to flit between interests and rarely finished what I started. Starting as a kid with half-built tree forts, it later became half-finished business ideas and half-finished products. I was great at starting things, but never finishing them.

And it worked. I probably complete 80-90% of the projects I set out with, including ones that are lengthy and challenging. It’s not because I’m consistently motivated to do them (there were plenty of moments I wanted to quit during the MIT Challenge or Year Without English) but because I have a habit of finishing what I start.

The problem is, trying to finish everything is a recipe for stubbornness, not success. Applied too literally, a finisher would never quit his job or sell her business. A finisher would slog through dull, uninspired books, leaving countless better volumes untouched.

While it might seem like you can avoid these problems by reasoning on a case-by-case basis, that undermines the whole idea of a habit of finishing what you start. If you could reason case-by-case, then you’d have an excuse to give up on a project you had started just because you were no longer motivated to do it.

Instead, I believe the solution is to view all activities you undertake as being of two different types: experiments and commitments. Before you start any activity that will last more than a day, decide whether it should be mentally categorized as an experiment or commitment before going further.

Experiments are okay to quit. The goal of the experiment is to not be afraid to try something out, so you want to lower the barriers to getting started. If you later don’t feel like doing it, you can stop, no guilt or stress.

Commitments need to be carried out to the very end. The goal of a commitment is to not break your finisher’s habit. Unless it becomes impossible to finish your commitment, you continue going forward with it.

If you build these two mental categories, then you now have an easy way of forcing yourself to stick to a project until the end: decide whether it’s an experiment or commitment, in advance, and if you do decide it’s a commitment, start building the habit of finishing them without exception.

I recommend starting with only mentally labeling commitments of short time periods to start. Committing to year-long or multi-year processes has significant weaknesses because the amount of new information you’ll have will likely render the decision process that created the commitment out of date. Instead, a good commitment length is a couple weeks or a month where you’re not allowed to back out.

Sometimes a project will be an experiment on some time scales and a commitment on others. When I wanted to learn Chinese, I didn’t commit to fluency–just to three months. That was part of a larger experiment to see whether I wanted to put in the years of work to get to an advanced level. Similarly, you can construe projects of consisting of short-term commitments which must be reached, followed by points where you can step back and evaluate whether the project is worth continuing.

Creating this split does two things:

Because I have these two well-defined categories, built up from years of finishing almost all of the commitments I undertake, I can also experiment with shifting different projects into different categories to see the results.

I recently wrote about doing this with book reading. Previously, reading a book for me was a commitment that I needed to finish before moving on. Recategorizing books as an experiment means I finish hard books less often, but I end up reading more.

On the other hand, I’ve always been experimenting with trying to improve my writing. But more recently, I made a commitment to invest in improving my research skills. It was frustrating and challenging to push my abilities, but I left with better research skills after a few weeks than years of nagging myself to do it.

This only works if you build the mental split as a habit. If you give up on your commitments with equal frequency as your experiments, the words carry no weight. What matters isn’t that you call something an experiment or commitment, but that your actions show that distinction matters to you. That’s a distinction that takes time, perhaps even years, to fully establish. But it’s an investment worth making, since it underpins everything else you want to accomplish.

Once again the original post can be viewed HERE

P.S.  What are you going to commit to?  Leave your answer below.