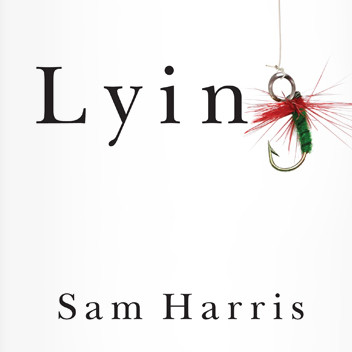 I recently finished reading Lying by Sam Harris.  This short 80 page book discusses that all lies, even those innocent seeming “white lies” need to be eliminated for us as a civilization to build a better world.  The over all premise of the book is essentially, transparency of our communication  leads to deeper and more fulfilling relationships.

Easier said than done for many of us.

A common example of lying that occurs is when someone gets sick and keeps that information to themselves.  Example:  A woman was diagnosed with MS.  The doctor informed the husband of this but they both felt it would stress out the wife so they told her she had arthritis.  The woman meanwhile went to the library and self diagnosed herself taking into account symptoms.  Her children were told by both the husband and the wife that she only had arthritis.

Eventually the woman was hospitalized 1 year later.  The husband admitted to knowing and the woman also confessed that she new she had MS.  The real tragedy here is that because the lie halted communication between parties the chance to deepen and strengthen their relationship as a family was now lost.  The children were more than taken aback when their mother went into the hospital for arthritis but never came back out.

A less extreme example but just as damaging is the classic, “Do I Look Fat In This Dress?”  Many women and men say that the correct answer is to lie because what the person is really asking is “Do You Still Love Me? / Tell Me I Look Good.”

Lets say your friend asks “Do I Look Fat in this Dress?”  She looks fat in the dress because she IS fat.  Lets also say you happen to know that your friends greatest desire is to get married and have a family.  By telling her she looks good you are perpetuating her delusion that she looks good and ultimately robbing her of chances to get what she really wants.

“White lie is a denial of all these realities”

One of my favourite parts of this book is when the author is telling the story of when he was 20 years old coming back from India.  He was at airport customs and the agent was searching his luggage.  The agent asks him if he did any drugs while in india?  The author says yes he did pot and opium.  The agent proceeds to search his luggage more thoroughly.  As the author had nothing to hide a frank but pleasant conversation arose between the customs agent and the author about mind altering drugs.

The most important thing that came about from this interaction was that by the end of it both parties felt really good about themselves.  This is because:

This book has been called a firmware upgrade for your brain.  I tend to agree.  Up until know I never really understood why honesty is so important but now I see it as an essential part of our civilizations evolution.

Speak, act, and be honest and people will regard you with utmost respect because they know when you say or do something they know you mean it.

Try it for your self and you will see.