What are You Going to be Exceptional at in 10 Years? 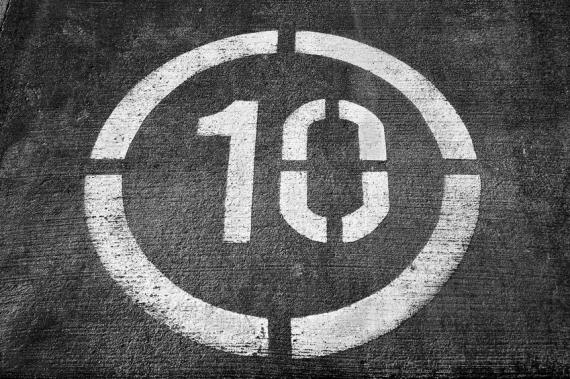 I recently read an excellent article on Scott Young’s website that I thought I would share on my own blog since the information is so valuable, enjoy.

Many people set the right goals, but the wrong deadlines. They want to become a professional blogger, but set a deadline of 6 months, instead of 6 years. This short-term thinking detracts from the big picture, where becoming really good at something takes at least a decade, not just 18 months.

“Freedom and success isn’t about taking big risks. It’s about becoming good enough at something society values, so you can dictate the terms for how you live your life.” This was something productivity blogger Cal Newport related to me.

He said that he only knew a few examples of people who had reached success because of unconventional risk-taking. However, he said he knew many people that have tremendous personal freedom because they became exceptionally good at something the world values.

Where’s Your Next Decade Going?

Malcolm Gladwell puts the mark at 10,000 hours. That’s a decade of work investing three hours to develop a skill, every day, for almost every week of the year. This is the number of hours it takes to become exceptional at something. Whether it’s writing, programming, music, research or dentistry.

Ten thousand might not be the exact number. For you it might be 8000, or 16,000. What matters isn’t the exact number, but the kind of long-term thinking that goes along with it. Instead of asking yourself how you will reach a goal in 18 months. Figure out where you’re going to spend your next decade.

My Next Ten Years

For my next decade, I’d like to work on becoming good at two things: writing and online micro-entrepreneurship. Writing, because even if I don’t decide to sustain myself as a full-time writer it is a potent skill. Micro-entrepreneurship, because it’s my biggest passion and I enjoy the challenges of running a small enterprise more than what I’ve seen from friends who’ve built larger ventures.

So far, I’ve put in a little over three years on each of these skills. But, I fully expect it to take at least another ten to become exceptionally good at them.

That’s why I refuse to get frustrated if I don’t make immediate progress or I don’t start earning six-figures immediately. Because I’m still far back on the curve and have a number of years to invest before I can become exceptional.

“What if I don’t know where to invest the next decade of my life?”

I’m lucky because I’ve found something I consider rewarding, and society values enough that I’m able to make a profit off of it. Many people are stuck on one of either sides. Either they know what they love, but society doesn’t value it. Or they know what society values, but they don’t get any joy creating it.

First, becoming exceptionally good can allow you to enjoy something more. Some of the dissatisfaction with a pursuit comes from a lack of skill. I enjoy writing far more now than I did when I started, because I’m able to produce something I feel is of a decent quality. Exceptional ability can often produce a passion.

Second, becoming exceptionally good allows you to dictate the terms of sustaining your life. If you are an exceptionally good accountant, you don’t need to do routine book-keeping. You can work as a consultant, getting paid hundreds of dollars an hour to travel while working infrequently.

A lot of work dissatisfaction comes from the things other than work itself. Bosses, staying inside an office, corporate culture, busywork, constant demands placed on your time and stress. Becoming exceptional affords you the opportunity in many cases to dictate the terms of all the other things associated to work.

Don’t Ask What You’re Passionate About

Passion, can be a Catch-22. Often you need to have invested the hours to become good at something in order to build a passion. Skill produces the feedback that makes work enjoyable. Basketball isn’t fun if you’re awful at basketball. Writing isn’t fun if you feel self-conscious about every sentence. Programming isn’t fun if every compilation produces bugs.